​​To reserve seats: CLICK HERE
Be sure to tell us which show (s), how many seats and what your seating preference is (barn, tent, canopy or open area.)
All tickets include a table/chairs and free parking.
We take reservations in order and try to honor requests but we cannot guarantee a specific location.
We will send a secure link to pay for your seats and your reservation is not complete until payment is made.
​If you prefer to pay by check and there is enough time to mail it, we can tell you how to do that.
​Tickets are non refundable unless the event has been cancelled.
Guests are invited to bring whatever they wish to eat or drink, including alcoholic beverages. Coolers are welcome.
No food or beverages are sold at Riverdog and all funds after ticketing expenses are given to the artists.
There is no smoking inside the venue.
​
More detailed descriptions of seating options and COVID safety policy is at the bottom of this page.
​
........................
...................​
Thursday,  July 7
​Stillhouse Junkies
Tickets: $22
Gate opens: 6:00 pm
​Showtime: 7:30 pm

Born in a distillery in Durango, CO, Stillhouse Junkies play a delirious, head-spinning mixture of original roots, blues, funk, swing, and bluegrass music. With all three band members sharing lead vocal and songwriting duties, the Junkies conjure a wide range of tonal landscapes that pay tribute to the iconic sounds of Gillian Welch, the Allman Brothers, Tim O'Brien, the Wood Brothers, John Hiatt, and countless others while breaking new musical ground with their genre-bending original material.

Martha Spencer is a multi- talented singer-songwriter, mountain musician and dancer from the Blue Ridge Mountains of Virginia. She grew up in the legendary musical Spencer family and learned to play several instruments (guitar, fiddle, banjo, bass, dulcimer, mandolin) and flatfoot/clog at a young age. She performs and has recorded with various groups and has been involved with several roots music projects, festivals and  workshops across the US, Australia, UK, and Europe.
The Blue Ridge Girls, like their name, invoke a picturesque simplicity with their take on traditional mountain music. The trio features Martha Spencer, Jamie Collins, and Brett Morris, and features a variety of old time, bluegrass and country songs, flatfooting to fiddle and banjo tunes, original songwriting and unique takes on other familiar crowd-pleasers. All three women grew up in musical families and are working to preserve and promote the Blue Ridge’s rich musical heritage. The Blue Ridge Girls traveled to historic Muscle Shoals, Alabama during the summer of 2021 to record their first album, which is expected to be released sometime in 2022.

The Wildmans come from the hills of Floyd, Virginia, in the heart of the Appalachian mountain music tradition. From campsite jamming at festivals and fiddler's conventions and a college level music education (Berklee College of Music) comes the foundation for musical exploration that sets this group apart, taking the audience on a musical journey that reflects the growth and passion of these talented musicians.

The Wildmans Were here in 2019 and were extremely impressive and professional back then. We expect them to be even better now!

​Djangophonique is a virtuosic, instrumentally driven quartet led by guitar player Andrew Brown. With over a decade of national touring experience, Brown is no stranger to the stage and delivers every performance with personality and enigmatic charm. A true disciple of the style, Brown has spent countless hours immersing himself in the language of Django Reinhardt’s jazz manouche, and he’s joined on stage by bandmates that match his skill and passion for the material. The result is a sound that’s unmistakable to fans of the music, and alluring to the uninitiated—a sound that can bring the lively energy of a parisian dance hall to the quietest listening room or captivate a buzzing festival audience with a shimmering ballad. With respect for the tradition and a fearless creativity that bends the conventions of the style, Djangophonique is keeping the Hot Club revival alive and well.

Pennsylvania-based House of Hamill ( Rose Baldino and Brian Buchanan) is a fixture on festival stages across the US, and have shared their music and stories on the country’s premier folk stages. Their version of “Pound a Week Rise” rose to #1 on the US Folk DJ charts, and the video for their all-violin cover of “Sweet Child O’ Mine” amassed over 16 million views on Facebook, where it was shared over 400,000 times. Their latest release, “Folk Hero,” captures perfectly the frenetic energy and eclecticism of their always engaging live show. A lively collection of original instrumentals, reimagined folk ballads, and new songs that showcase the trio’s versatility, “Folk Hero” is the third House of Hamill album to be funded entirely by their fans.

Whether they’re ripping through a set of original jigs and reels, adding lush three-part harmonies into traditional folk ballads, or cracking up an audience with stories from the road, House of Hamill puts on a show that captivates audiences from the very first note.

Grand Rapids based Full Cord Bluegrass Band won 1st place at the 2022 Telluride Bluegrass Festival, probably the most prestigious festival focusing upon acoustic music. This competition has a reputation for picking future stars early in their careers. Past winners include Greensky Bluegrass, Dixie Chicks, The Hillbenders, Front Country, Trout Steak Revival, The Lil’ Smokies and Woodbelly.

Acclaimed raconteur Ray Bonneville strips his bluesy Americana down to its essentials and steeps it in the humid grooves of the South, creating a compelling poetry of hard living and deep feeling. His ninth release, At King Electric, delivers more than his trademark grit and groove. Songs such as “The Next Card to Fall” and “Codeine” gleam with intimate narratives of characters reaching for hope and wrestling with despair. Rich guitar and harmonica lines resonate over spare but spunky rhythms, while Bonneville’s deep, evocative voice confesses life’s harsh realities.

Ray is one of the most gifted all-around musicians we know: vocals, instrumental and songwriting...there are no weak links in his game.

In 2014, New Zealander Nick Stone and Colorado native Dani Cichon met as volunteers building greenhouses in South America. There, on a Peruvian rooftop, they wrote their first of many songs together - a song that would one day become South for Winter’s first single, “Fallen Seeds.”
After years spent pursuing separate musical projects oceans apart, Stone and Cichon joined up in Christchurch, New Zealand as a duo. Upon moving the project to Nashville TN, they met cellist Alex Stradal, who rounded out the eclectic blend of instrumentation and vocals that has since become so characteristic of their music. With Stradal in the lineup, the sound and entity of South for Winter were born and as a trio they hit the road; touring through over twenty-one States and two Canadian provinces within their first two years.
A bit of folk, a dash of blues, jazz and classical, South for Winter's songs are intoned with a depth of emotion and richness of experience that invites listeners into the story - eager and anxious in turn with each verse. In a landscape saturated with incredible songwriters and musicians, South for Winter have developed a sound all of their own. With meticulously crafted lyrics, captivating natural charisma, and an impressive assortment of instruments at their command, South for Winter have time and time again established themselves as a crowd favorite.

Rod will be presenting his newest album:
Paper Hearts & Broken Arrows
Rod Picott has released thirteen albums over the last twenty years and at the age of fifty-seven his engine is still running strong. Picott, a former construction worker, traded his hammer for a guitar and never looked into the rear view mirror. Picott has written two poetry collections God In His Slippers and Murmuration (Mezcalita Press). His book of short stories titled Out Past The Wires is published by Working Title Farm. Rod Picott was born in New Hampshire, raised in Maine and has lived in Nashville Tennessee for twenty-five years. He is unnaturally prolific and released four albums in the last three years to rave reviews.
Rod Picott has toured as the opening act for Alison Krauss & Union Station and won the song of the year award at The Austin Music Awards for his song “Broke Down” co-written with Slaid Cleaves.
Rod has appeared at Riverdog many times and we count him as one of our favorite songwriters.

The Foreign Landers is a duo hailing from opposite sides of the Atlantic united by their love of  bluegrass and traditional folk music and their love for each other. Together they combine the  musical styles of their respective homelands, along with their instrumental prowess and haunting  vocals to create something new.
It was more than unlikely circumstances that brought these two together. David Benedict grew  up in South Carolina playing with the only Celtic folk band in town, while Tabitha Agnew was  perhaps the only 12 year-old in Northern Ireland who started playing the 5-string banjo after a chance hearing of an Alison Krauss & Union Station record. Ironically, it took each a while to
discover the traditional music of their own countries, but they eventually came around. Both  excelled at their instruments and found themselves playing with some of the most promising  young acoustic bands on the scene today—David with the Boston-band Mile Twelve (he was here in 2019) and Tabitha  with both Cup O’Joe and Midnight Skyracer from the UK. With such unique common threads,  there was an instant connection when Tabitha and David finally met.
Now married and based in the States, the Benedicts are finally making music on their own. Their  forth-coming debut EP marks the first chapter in their journey together, and the release of the title  track “Put All Your Troubles Away” will take you along with them to uncharted musical  territories.
...................​
Friday, October 7
​Maya de Vitry Band
Tickets: $22
Gate opens: 6:00 pm
​Showtime: 7:30 pm
​
mayadevitry.com

​If you haven’t heard of the cheerfully named supergroup Mr. Sun, you’ve certainly heard its proponents, four of the finest musicians on the American Roots scene:

​*******************
​Shows this summer will take place on the stage in the music barn.
There will be 4 zones available for seating:
1. In the Barn.
2. The heavy duty tent  connected to the barn.
(This structure has side walls that can be dropped down in case of rain.)
3. A canopy beyond the tent.
(There are no walls for this structure which will provide shade and some protection from light rain.)
4. Open area at the back, including fire pit.
(No protection from sun or rain.)

All seats include table and chairs (2 - 4 per cabaret table in zones 1 & 2), larger tables available under the canopy or in the open area)
Singles may have a table if there are enough left over.
Personal event chairs may be used in the open area only.
We can usually cluster large groups.

​COVID
​Although the barn is not really an indoor venue we are planning to follow the standard protocols for music venues in the COVID era. At this time, infections seem to be heading in the right direction, but things are still in flux so we will keep monitoring public heath recommendations. We are anxious to get back to the time when we didn't worry about such things, but health and safety of our guests, the artists and ourselves are major priorities for now. We realize that the majority of our guests have been vaccinated, but if you have not been vaccinated yet, please be aware that we may have to ask for proof of vaccination should current conditions become risky. There are no refunds unless a show is cancelled by the artist or venue.
Children at Riverdog
Kids are welcome at our shows but for seats in the barn, tent or canopy we need to get full price for the artists. Children 10 or younger may come for free in the open area (one per adult).
​*********
​
Sign up for our Newsletters to keep informed of upcoming events. 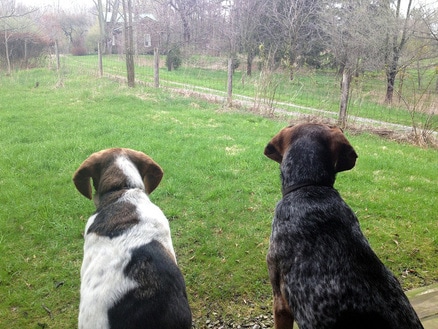